NIGHT DREAMS on a Kindle Countdown Deal This Week! 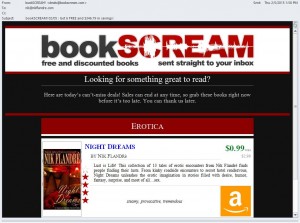 I was pretty excited to get today’s issue of “BookSCREAM” in my email and see NIGHT DREAMS promoted there as the top erotica choice of the day!

NIGHT DREAMS is a retrospective collection of my published erotica from the past 15 years and includes my first published bit of erotica – the Knight Rider-esque sexy car tale “Auto-Stimulation,” which appeared in the men’s mag Club back in 1998. It also includes “Arena” a sexy human-alien-lesbian story originally printed in a Circlet Press anthology (Mind & Body) and stories from magazines like Clean Sheets, Scarlet Letters, 1,000 Delights and even a couple brand new tawdry tales. 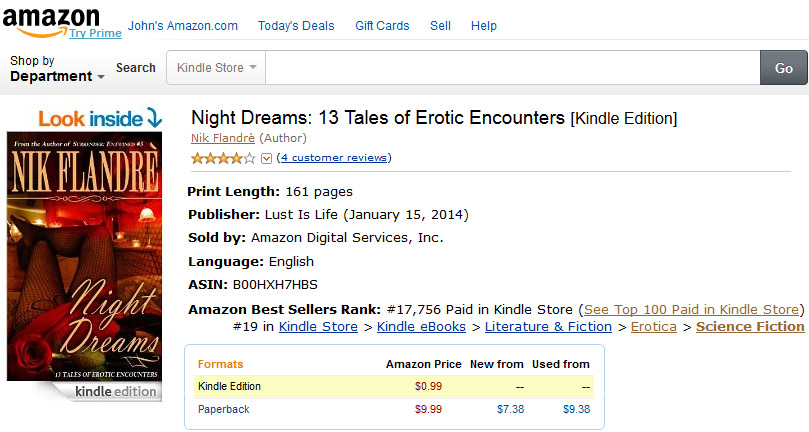 Tonight, thanks to the Kindle Countdown, it actually hit the #19 spot on the Amazon Chart for Erotica/Science Fiction… which is a little amusing, since most of the book is just straight erotica. But there are a couple SF tales with some “alien” sex for those who like it a little out-of-this-world!