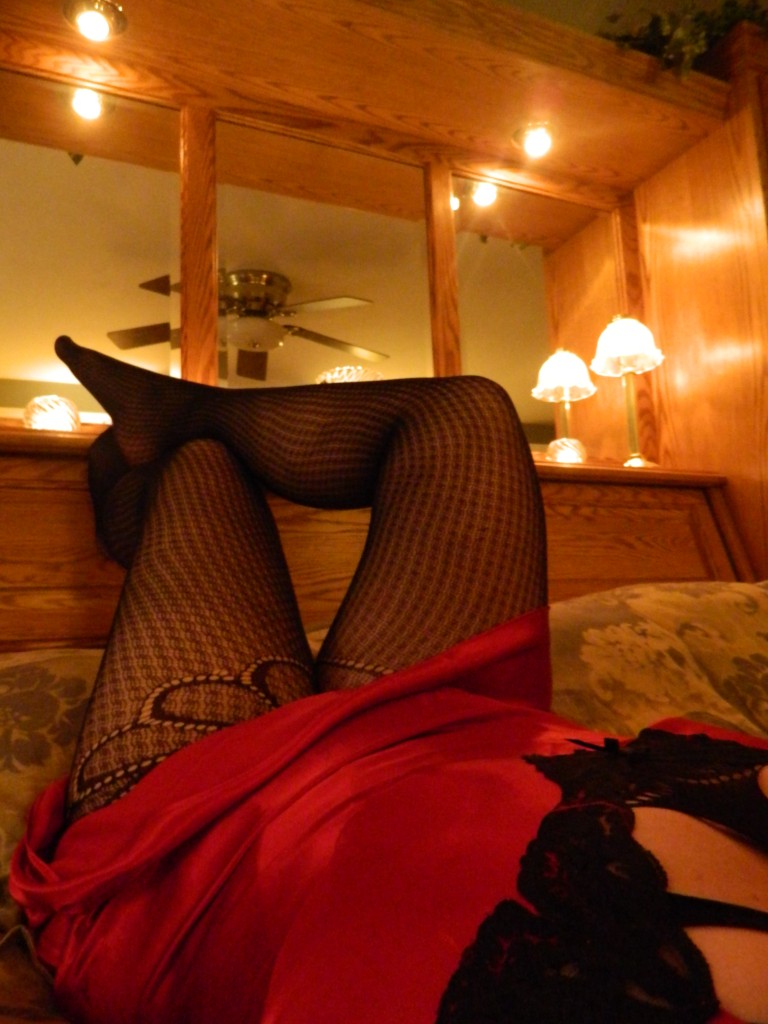 IF YOU DON’T live in the upper Midwest, there’s no way for you to understand the frustration of rush hour traffic during the first big winter snow dump. A forty-five minute ride turns into a three-hour marathon. The first hour makes you want to scream and pound on the steering wheel (I do). The second hour makes you want to abandon your car (I haven’t …yet).

Snow started falling in bushels at two p.m., and they didn’t let us out of work early. At five there was already a half a foot of blackened slush covering the roads and not a plow in sight. I managed three miles in the first hour. Stop and go. I got out of the car every fifteen minutes or so to wipe off my back window.

During my fourth or fifth trip through the slush to brush off my windows, I noticed the woman in the silver van. She was pulled off on the shoulder, but given the state of traffic, I’d probably been sitting next to her for ten minutes. Her cheek was against the driver’s-side window, her eyes closed. I could see her mouth opening and closing in soft little O’s. I must have stood watching for a while because when a car horn blared at me, I realized that the car in front of me had actually moved forward ten or twelve feet.

The horn made her eyes fly open. Even in the dark, with snow and blinding headlights, I saw heavy red lips and a narrow porcelain face framed by a clutter of jet-black hair. When she spotted me she let slip a sly smile.

As I turned back to move my Honda one more car length forward, I saw her finger in the window. It was motioning me over.

I stopped, confused, and when she saw my indecision she slipped that finger between her lips and made a deep sucking, swallowing gesture. Then she slowly withdrew the finger and motioned to me again.

I crunched the Honda onto the snow-drifted shoulder. The guy who’d been honking shot forward to fill the sixteen feet I’d abandoned. “Power to you, dude,” I thought. I killed my engine — and then stopped as my hand touched the door handle. What the Hell was I doing?

But then I glanced again and saw her, reclining in her driver’s seat, running her hands up over her cheeks and through her own hair.

When I slogged over to her passenger’s door, the lock clicked. I opened the door and pulled myself up and inside. She had something techno pounding out of the CD player, and her heater must have been working overtime because the cab was downright balmy. I could smell her excitement; I guessed she’d been “riding” for some time. My presence hadn’t slowed her self-attentions at all. Her black silk skirt was tugged above the red garter on her thigh, and her right hand was hidden between her legs. A low moan escaped her lips.

“Hi,” I ventured after a minute or two of watching her hand move. “My name’s Jim.” What else could I say?

She moaned again and her right eye opened a little wider to check me out. My heart tripped a beat.

She laughed. “I know,” she said, turning and staring into my eyes. “I’ve been in traffic a long time.”

“I like it hot,” she said, her left hand moving up beneath her red blouse to her breasts. They were rolling free beneath the silk; the black lace of a bra was hanging from the rearview mirror. Through the sheer material of her blouse I could see her twisting the wide half-dollars of her nipples.

My erection was already in full bloom, and I shifted uncomfortably in my seat.

“Jim.” She tilted her head back as her hands continued to explore. “Did you ever get to the point where you just said ‘fuck it. I don’t care.'”

“Not me,” she said. “Not before tonight.” There was an edge to her voice, and I realized that the alcohol had little to do with her state of mind.

“What’s the matter?” I asked, the tent in my slacks deflating as I shifted from conqueror to consoler.

“I could’ve been so much more.” Her pale blue eyes flickered at me in the low light of the cab. “I could’ve moved to New York, really tried. But I’m still here, a decade too late to try.” Both her hands came up and gripped my sleeve. I could smell the musk of her, heavy in the cab.

“We all make compromises,” I began, but she cut me off.

“I’m trapped in a dead-end job with a $200,000 mortgage and a husband who believes that giving me attention is asking if there was anything interesting in the mail today. He doesn’t even notice when I come to bed wearing lingerie.”

“Everything gets old. Even these,” she said, and cupped her breasts. “Once, I want to do something wild and crazy. Climb a mountain, run naked. While I still can. Before I really am too old.”

“It felt good,” she said. “And I thought, hell, someone might notice.”

“I noticed,” I smiled, and she reached an ivory finger up to touch my cheek.

“You did,” she said. “Would you do more than just notice?” She slid from behind the wheel and crawled into the back of the van. A sleeping bag was spread on the carpeted floor, and in seconds she was spread as well, her heavy breasts rolling as she loosed the remaining buttons on her blouse.

Without another word I joined her. Her hand was again buried between her legs, but this time with the skirt all the way up. She wasn’t wearing any panties. Her middle two fingers slipped in and out of her puss. Her bush was carved into a thin, glossy arrow pointing to her shining sex. Red-lacquered nails raked the baby-smooth skin of her thighs.

I slid a hand up one black-stockinged calf.

“I don’t know you,” she whispered. She ran her free hand along the hair of my arm, and then gripped the band of my wedding ring. “And I don’t know your reasons for stopping.”

She smiled, trailing her tongue along her lips. Her blouse had fallen completely open. She was kneading her breasts. And then my mouth was on them, sucking each wide nipple and then burying my head between them. She pressed her hands to my chest, pinching a nipple and running a slippery, pussy-wet finger down to hook in my belt. “I need to know you’re here,” she whispered, blue eyes boring into mine.

My throat constricted. All I could do was nod as she loosened my belt and pushed my pants down past my knees. Her hands found my cock. One finger slid behind my balls and played with my ass, making me gasp. “I’m here,” I said. “I’ll do my best.”

She pushed me down on my back. “You’ll do,” she said, and then frenched me hard, her tongue nearly down my throat before it darted out of my mouth and smeared itself down my chest and belly. Her lips fastened on my cock like a warm wet vacuum, and I was the one moaning.

“Fuck,” I groaned, and she looked up.

“Fuck?” she asked, her voice suddenly tiny and girlish.

“Did daddy say…fuck?” she said again, raising an eyebrow in feigned shock and bringing her face up to mine as she lifted a leg over my waist.

“I like to fuck,” she announced. I slid easily inside her and she began to bounce on me.

I reached up to fondle her breasts, but she pushed me lower, guiding my hand through the fuzz of her tight-cropped bush. In seconds I’d found the tight ball of her clit. She slowly ground up and down on my cock, sucking it deep inside her and then spitting it almost all the way out. All the while, she pinched and kneaded her full, bouncy, breasts right in front of my face.

All at once she pulled off and got on her hands and knees next to me. She kissed me once, wetly, and then begged, still in her little-girl voice: “Fuck me now. Fuck me fast.”

I knelt behind the globes of her ass and guided my cock between her slick thighs.

She was so open I almost couldn’t feel myself slip in. But then she contracted and gripped me like a glove. I nearly fell over.

“I’ve been bad,” her little girl whispered again. “I need a good spanking.”

With one hand holding tight to her waist, I slapped her ass with the other.

Her puss was making sloppy sounds around me as I slapped her ass, first one side, then the other, till her buns glowed red as embers.

“So,” I said in my lowest voice. “You really have been a bad little girl.”

She was moaning again. My belly was wet with her juices as she butted her ass against me.

“I take all the boys’ dirty, hard cocks inside me.”

That image did it for me. I reached forward to grab those beautiful pendulous breasts and fucked that snow-white tush as hard and deep as I could.

I cried out, my orgasm exploding up my cock to volcano inside her. We both screamed with each of my frenzied thrusts.

When I finally fell to the floor, slick with sweat and gasping for air, she rolled onto her side to look at me, long black lashes still blinking with the heat of her seduction. She took one large nipple between thumb and forefinger and pinched, drawing a last, long ripple of pleasure through herself. She leaned over my body to lick the sweat from my chin with a long slow glide of her tongue.

She kissed me, deep. “Thanks, stranger.”

It took me ten minutes to edge my car back into traffic. She waved as I left the shoulder, and I saw the wet trails of tears on her cheeks. A part of me wanted to stay, but I’d given her all I had. All she really wanted.

I hope she remembers. 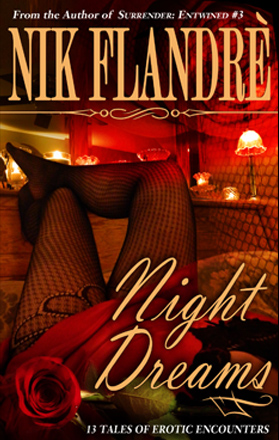